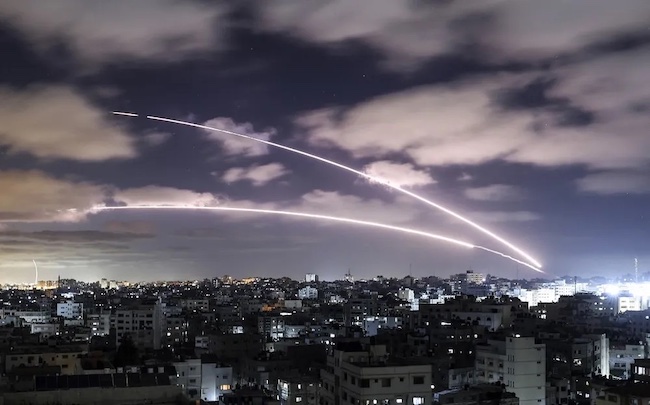 The latest flare-up in violence between the Hamas-controlled Gaza Strip and Israel might be drawing down, after a night of reduced rocket fire – approximately 70 in the 12 hours from 7:00pm to 7:00am according to the Israel Defense Forces.

The military said that at least 10 rockets fell inside Gaza and that the Iron Dome missile defense system maintained its success rate of downing 90 percent of the rockets fired at Israel.

Despite Biden’s call for a ceasefire, Netanyahu has stated that the operation would take as long as it needed to degrade the ability of Hamas to attack Israel. Israel doesn’t need Biden or his Israel bashing staff budding in, especially when they are so desperate to stay cozy with Iran.

Source:
LIVEBLOG: Latest conflict round could be drawing to close as ceasefire talk intensifies, by i24NEWS, May 20, 2021