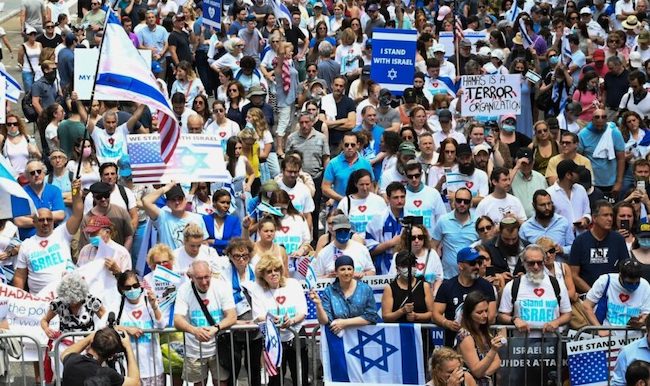 Thousands gathered on Sunday for a pro-Israel rally in New York in response to Operation Guardian of the Walls and a series of anti-Semitic attacks on Israeli and Jewish American communities in the United States.

The demonstration, “United Against Antisemitism. United Against Terror. United for Us,” took place at Ground Zero as well as 14 other cities across the US, among them Miami, Los Angeles, Orlando, Austin, Denver, Houston, and more. It was organized by the Israeli American Council together with 100 other Jewish community organizations.

The World Trade Center site in downtown New York was chosen because it is a symbol of America’s resilience in the face of terrorism and hatred.

Despite recent displays of Arab hatred perpetrated against Jews on the streets of New York City, California, Florida, and other states, AFSI applauds the Jewish community and its friends for showing up in strong numbers to let the enemy know we all stand strong with Israel and the Jewish people.