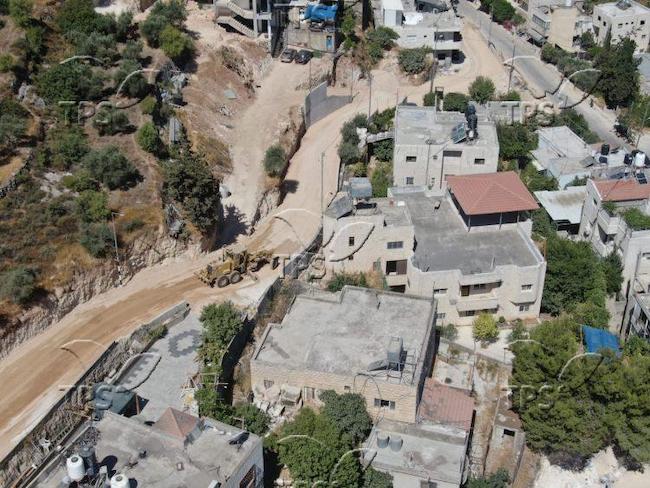 The Regavim Movement filed a petition in the High Court of Justice last week calling on it to use legislation against the Palestinian Authority’s “de facto annexation” in the Gush Etzion region. The PA is building a road in Area C, under full Israeli sovereignty as per the 1994 Oslo Accords, which connects the Arab villages of Batir and Husan.

Last week, Regavim submitted a second urgent alert to Minister of Defense Benny Gantz and to the IDF’s Civil Administration demanding immediate enforcement action against the PA’s strategic project in Gush Etzion. The two have yet to act.

The road, that the land on which the PA is laying the road, is of particular strategic importance because it constitutes the corridor connecting Gush Etzion to Jerusalem, and “is a vital strategic asset for Israeli control of the area,” said Eitan Melet, Regavim’s Field Coordinator for Judea and Samaria. Melet also documented the illegal work. He further stated, “The Batir road is one more attempt to dismantle Israeli sovereignty. The road work must be stopped – yesterday! – and we must prevent the creation of a Palestinian state right under our noses. Protection of Israeli state land and law enforcement against illegal construction, land-grabs and encroachment on our national resources must be at the very top of the list of priorities of every Israeli official.”