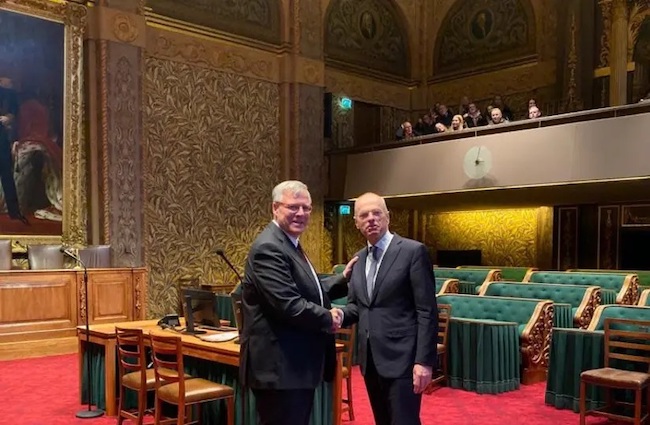 The Dutch Senate earlier this week passed a motion calling for the Netherlands to vote against UN resolutions that use only the Arabic name for the Temple Mount. AFSI recently reported on the UN’s blatantly anti-Semitic, factually incorrect resolution passed last week.

The motion, by Sen. Peter Schalk of the Christian SGP faction, asked the government “to vote as much as possible against UN resolutions referring to the Temple Mount using only the Arabic name ‘al-Haram al-Sharif’ and to encourage other European Union countries to do the same.”

The Senate approved the motion with 50 in favor and 25 opposed.

Ambassador to the Netherlands Naor Gilon applauded the motion, which he said “fights the continuing discrimination towards Israel in the UN. This is a clear message against attempts by different factors to erase the historic connection of over 3,000 years between the Jewish people and Jerusalem.”

The Hague-based Israel advocacy group CIDI welcomed the motion, as well, saying that “the Dutch government should respect [the 2017 motion] and act against disproportionate scheduling of Israel at UN institutions. All members of the UN should receive the same, equal treatment.”

AFSI applauds the Dutch Senate for its motion in support of the truth that affirms Israel’s rightful ties to the Temple Mount. Their message is a strong one. It’s a message we would like to see become the norm at the now, more than ever, irrelevant United Nations. Truth and fact vs. anti-Israel hate.