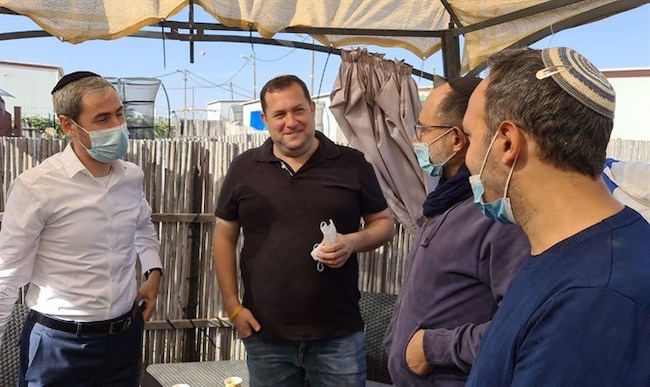 During the visit, MK Taieb met with new immigrants from France who chose to live in Samaria. MK Taieb praised the Council and the optimal absorption for immigrants and said he was very impressed by the Jewish communities in Samaria and the strength of those who bolster development of Judea and Samaria in the country.

Council head Yossi Dagan noted that the project to absorb immigrants from France to Israel has been ongoing for the fifth year, and he has already absorbed more than eighty families who have all been absorbed into Israel and have not returned to France. “This is a venture that I am very proud of. All the families without exception since the start of the venture have been absorbed into the Council and none of them have returned to France.”