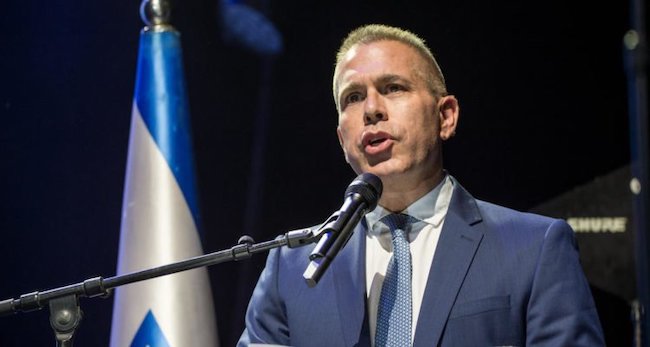 Israel’s Ambassador to the US and the United Nations Gilad Erdan sent an urgent letter to the Security Council and the UN Secretary-General in which he strongly condemned Hezbollah’s rocket attack from Lebanon into Israel. Erdan stated this is in violation of UN Security Council Resolution 1701 that was intended to resolve the 2006 Second Lebanon War.

Hezbollah terrorists fired 19 rockets into Israel on Friday from Lebanon. The Iron Dome defense system intercepted 10 of the rockets. Another six exploded in open spaces in Israel, and three fell short in Lebanon. No injuries or damage were caused by the attack.

The IDF immediately shelled targets in Lebanon in a limited fashion, and stated that “we will not tolerate any aggression against Israeli civilians and remain prepared for any operational situation.”

Erdan noted in his letter that the attack, “The recent attacks and growing tensions in the region, exacerbated by Iran’s activities and arming of its proxies, especially Hezbollah, demonstrate once again the urgent need to actively enforce UN Security Council Resolution 1701,” he said, calling on the UNSC to “unequivocally condemn these grave violations, and to remain seized on these matters in its upcoming deliberations on Security Council Resolution 1701.”

Prime Minister Naftali Bennett started Sunday’s cabinet meeting with the subject of Lebanon. He stated that the “..State of Lebanon and the Lebanese Army must take responsibility for what is happening in their backyard,” he said, adding that it “is less important to us whether it’s a Palestinian group or independent rebels. Israel will not accept shooting into its territory,” Bennett said.