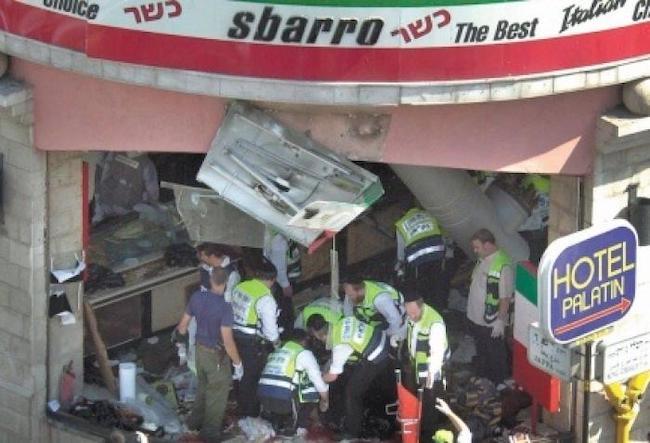 Planner of the attack: “If time could go backwards, I would carry out what I did, in the same manner.”

Today, August 9, 2021, marks 20 years since the attack on the Sbarro pizza restaurant in Jerusalem. 15 people were murdered, including 5 members of one family, and 130 people were injured.

As a reward for carrying out the attack, each month the Palestinian Authority (“PA” )pays a total of $8,006 (25,800 shekels) to the imprisoned terrorists and the families of the dead terrorists, who were involved in the attack.

One of the main terrorists in the attack on the Sbarro restaurant was Ahlam Tamimi. Tamimi has confessed to choosing the target of the attack and leading the suicide bomber to the restaurant. Although Tamimi was convicted and sentenced to 15 cumulative life sentences, she currently lives in Jordan after being freed as part of the first part of the deal to secure the release by Hamas of abducted IDF soldier, Gilad Shalit.

Nothing has changed since then and the PA’s attitude and that of the liberal left remains in a state of intentional ignorance. The PA’s sole goal is to work toward the complete delegitimization and destruction of the State of Israel. When will the world wake up and hear the truth?

Source:
Blood money: The PA has already paid $1,183,257 to the terrorists who blew up the Sbarro pizza shop murdering 15 and injuring 130, by Maurice Hirsch, Adv./Palestinian Media Watch, August 8, 2021