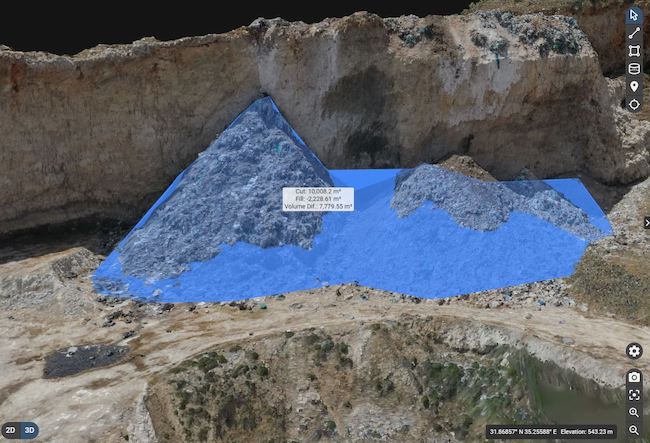 After a months-long legal battle, the Civil Administration announced that it is taking steps to shut down the “corona dumping ground” created by the Palestinian Authority during the government shutdown at the start of the corona pandemic in the abandoned Tariffi quarry on Route 60. Thousands of cubic tons of raw waste were trucked from the nearby Arab municipalities of Ramallah and El Bireh, and unceremoniously dumped over the cliff into the quarry – creating a garbage mountain visible for miles.

“Better late than never. After weeks and weeks of dumping at the site, the Civil Administration has finally taken enforcement action and announced that it will ensure that Arab cities do not continue to dump their garbage into the quarry,” said Yakhin Zik, Regavim’s Director of Operations.