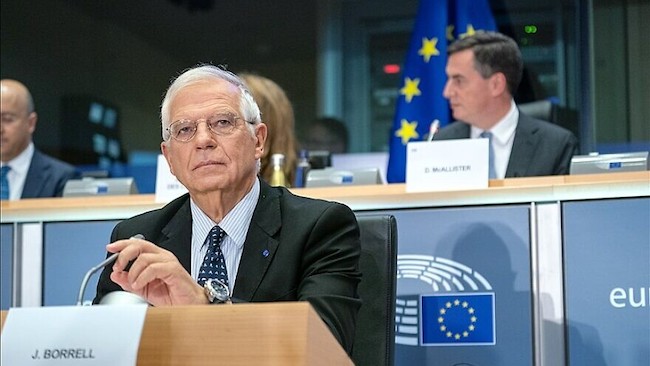 Talks on reviving the Iran nuclear deal, which have been stalled for three months, will resume within days, the EU’s foreign policy chief Josep Borrell said Saturday during a surprise visit to Tehran.

Borrell had wanted to consult with Yair Lapid on a number of points ahead of his meetings with the Islamic Republic in Iran (referred to as “Iranians”). However, Lapid reiterated in his reply to Borrell that it was the visit itself that was problematic, especially given Iran’s recent attempts to kill Israeli civilians in Turkey. The Israeli foreign minister had previously told Borrell that visiting Iran now was “a strategic mistake that sends the wrong message” to Tehran, according to the report.

Borrell, clearly no friend of the Jewish people, has previously dismissed Israel’s concerns regarding Iran’s nuclear programs, saying at the Munich Security Conference in 2019, “Iran wants to wipe out Israel; nothing new about that. You have to live with it,” according to Politico.

Borrell spoke the truth about Iran wanting to wipe out Israel but his conclusion, “You have to live with it” is quite ignorant on his part. It makes him just another in a long line of foolish leaders who wish to appease the number one state sponsor of terrorism by funding more terror against the Western world. Borrell’s secret meeting with Iran is also a clear indication that he’s taking advantage of Israel’s governmental crisis.