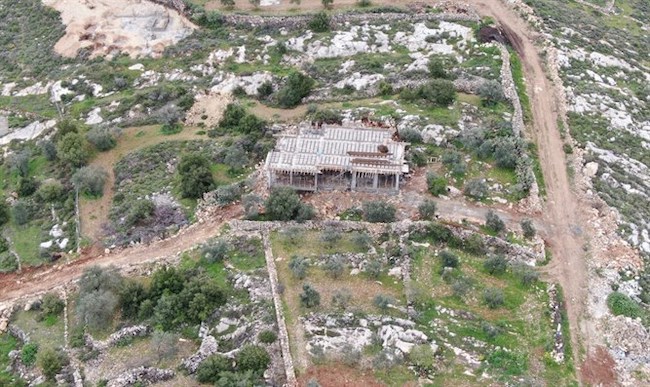 The Supreme Planning Council of the Civil Administration is expected to discuss next Sunday the promotion of the legality of illegal construction plans led by the Palestinian Authority as part of its campaign to takeover Area C.

These plans include illegal construction within nature reserves, on state lands designated for Israeli localities, as well as a series of illegal schools, which the Palestinian Authority defines as “schools in the fight against settlements.”

Meir Deutsch, Regavim Director General said, “Netanyahu publishes headlines about expanding Jewish settlement with 800 housing units, and on the other hand approves illegal construction plans by the Palestinian Authority on hundreds of dunams. The strategic significance here is clear and appalling: Jewish settlement must converge into small, fenced-in squares, while the Palestinian Authority spreads across the surface, and also receives approval for it.”

Both the Yesha Council and the Young Settlement Forum responded with stark criticism:

“All this while he continues to abandon – without living proper conditions and without minimal security – the tens of thousands of residents in the young settlements whose regulation he has been delaying for months.” ~Young Settlement Forum

“This is severe and sometimes life-threatening discrimination against normal citizens who are equal in obligations to the state but are not equal in rights. Mr. Prime Minister and Mr. Defense Minister, this is a time of trial. Stop the discrimination and harm to the settlers, confirm the decision on the table to regulate the young settlements.” ~Yesha Council