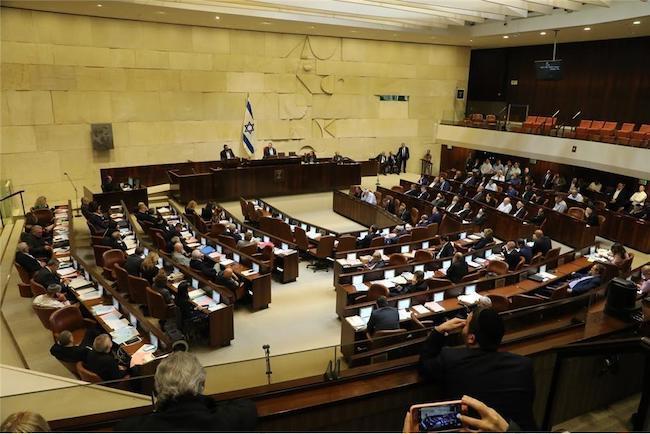 The Israeli government scored an important victory in the Knesset Thursday, with a state budget plan passing its preliminary vote in the Knesset plenum.

The Knesset voted 59 to 53 in favor of the budget framework Thursday afternoon, enabling the budget plan to pass its first legislative hurdle.

If fully approved by the Knesset, the budget will be the first spending plan approved in the Knesset since March of 2018.

By statute, the government must secure passage of a spending plan by November 4, or face the automatic dissolution of the Knesset and snap elections – Israel’s fifth since 2019.

Understandings were reached on the controversial formation of a regulatory authority to streamline regulatory issues and bureaucratic hurdles. Meretz, a coalition member, has expressed concern that the reform will benefit business and industry at the cost of public health and the environment.

Netanyahu called the proposed Budget terrible. “It has cutbacks and raised taxes, in complete contradiction to your assurances,” he said. “You have harmed the farmers, the weaker classes, the periphery, the middle class.” Some sources have alleged that it benefits the “Israeli ruling class” that is helping Bennett maintain control of the government.

Despite those concerns, progress in getting a budget worked out still matters when it comes to having a functional State. We hope a fair and meaningful budget to benefit the country will be passed.