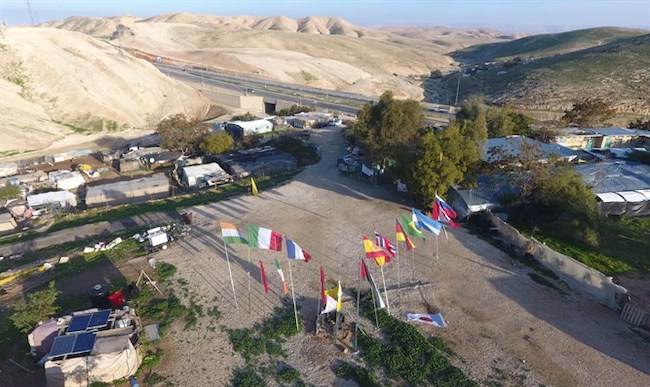 The Israeli government on Sunday requested yet another six-month delay from the Supreme Court, hoping to push off the implementation of a court order requiring the eviction of dozens of Bedouin squatters from an illegal encampment east of Jerusalem.

The Regavim Movement slammed the Bennett government over the state’s response in the Khan al Ahmar case, which was submitted to the High Court Sunday evening.

The government requested an additional six month delay of the deadline to submit its official position to the court in the matter of the illegal outpost on Route 1, slated for demolition over a decade ago. WHY? During this additional half-year period, the state intends to submit a confidential document to the court detailing all the considerations that impact the enforcement of demolition orders at the site.

Meir Deutsch, Director General of Regavim, sharply criticized the state’s response, and the conduct of Prime Minister Naftali Bennett. “From the first day of the current government’s term, we have stressed that deeds, not words, are what count. Today it has become clear that contrary to its oft-repeated declarations, this government is continuing along the dangerous trajectory set by its predecessor, conducting its law enforcement system according to the whims of foreign governments.”

The Bedouin encampment built in Khan al Ahmar is illegal and continues to exist on legally owned Jewish land in Judea and Samaria. Israel should no longer delay in exercising her Sovereign rights to remove this illegal outpost. Sovereignty should not take a back seat nor be beholden to other nations who demand that Israel act according to their wishes.

Source:
‘The Bennett government is continuing on a dangerous trajectory’, by Arutz Sheva Staff, September 5, 2021