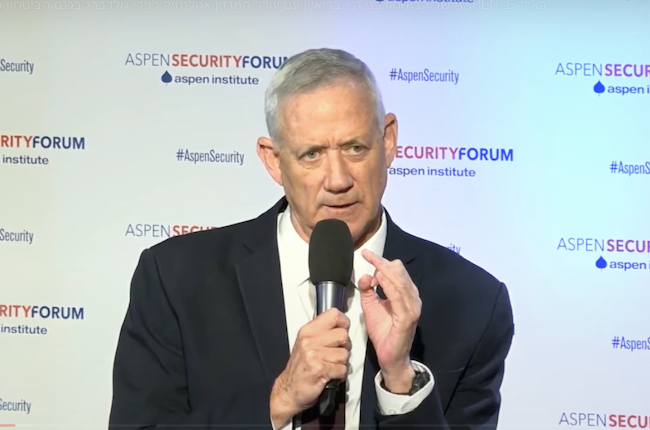 Defense Minister Benny Gantz on Thursday told The Atlantic editor Jeffrey Goldberg at the Aspen Security Forum that he is “Happy that I blocked the threat of annexation of Judea and Samaria.” Or, as Jerusalem Post Deputy Managing Editor Tova Lazaroff quipped: “Because the Right wasn’t angry enough with him.”

If Gantz’s vision includes separating from the Arab Palestinians then who is he expecting to take control over all of Judea and Samaria? Gantz is using the success of the Abraham Accords in an attempt to con the Israelis into believing that his vision will bring a better future for both sides. What he is actually doing is playing political poker with the one thing that will strengthen Israel. The truth is in front of him and it’s called the application of sovereignty over Judea and Samaria. SOVEREIGNTY IS THE ANSWER!