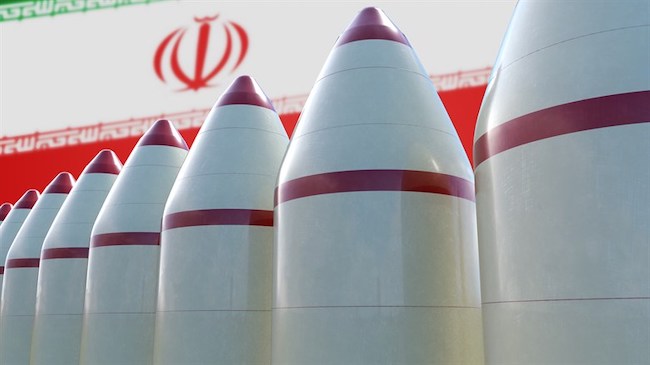 Iran’s chief of the country’s Atomic Energy Organization announced on Monday that it will refuse to turn back on 27 International Atomic Energy Agency (IAEA) cameras until the 2015 nuclear deal is restored.

A spokesperson for Iran’s foreign ministry warned the IAEA on Monday that the country’s nuclear program was “galloping ahead” and there was little the atomic agency could do to verify what was occurring.

The Islamic Republic in Iran continues to act in violation of the Nuclear Non-Proliferation Treaty and nuclear deal and world leaders are still asleep as they push to get Islamics back to the negotiating table. The Islamic Republic in Iran are only there to seek the plane loads of cash and many other financial rewards it received after the first signing. Now that they cannot be monitored by camera, the threat to the world cannot be underestimated. Their evil has made the world that much more of a dangerous place – for everyone. We remain firm on our position that the perilous talks with Iran be cancelled immediately. Even if they are scrapped, this still leaves the threat of Iran on the table and it’s something Israel must contend with.