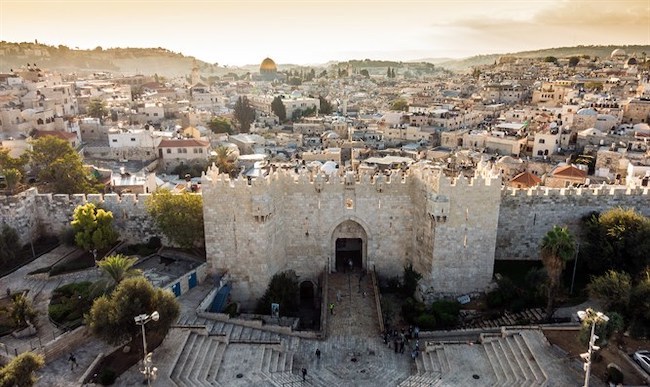 “There’s room for a Palestinian capital in Jerusalem”, Benny Gantz

The Sovereignty Movement responded as follows:

In response to the statement of the Alternate Prime Minister Benny Gantz regarding the possible partition of Jerusalem and its transformation into the Palestinian capital, the Sovereignty Movement calls upon the Prime Minister and the ministers of the right-wing camp to promote, as soon as possible, the application of Sovereignty over Maale Adumim, Gush Etzion, and the entire Greater Jerusalem area, in order to establish a political reality that will not be subject to the whims of left-wing factors.

“If it seemed to us that the Israeli leadership and the Israeli public had internalized the folly of the concept of partitioning the Land, partitioning Jerusalem, and establishment of an enemy state in the heartland, the statement of Minister Gantz came and proved that there is still much work facing us to clarify the obvious,” say the heads of the movement, Yehudit Katsover and Nadia Matar.

They add: “The application of Sovereignty over Greater Jerusalem will establish, by law, the prohibition to promote any political step to partition the Land. It is incumbent upon the Prime Minister, as the leader of the right-wing camp, to immediately bring a proposal along these lines for government approval.”