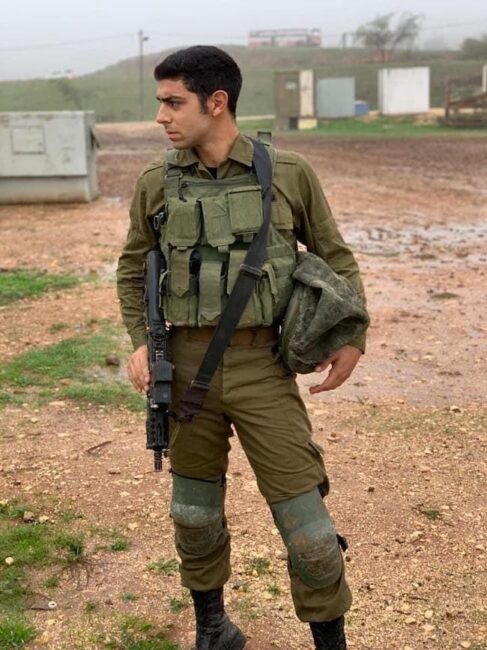 On Tuesday morning, IDF Sgt. Amit Ben Yigal (21) was murdered after a large rock was thrown at his head. This terrorist act occurred as troops carried out arrests in the Arab town of Ya’bad.

The Golani Reconnaissance Battalion was carrying out a series of arrests in the village and had detained four wanted Palestinians – two suspected of involvement in a terrorist organization, and two suspected of throwing stones.

After completing arrests around 4:30am, a group of ten locals began throwing stones toward IDF troops. “The rock hit the soldier directly in the head,” IDF Spokesman Brig.-Gen. Hidai Zilberman told reporters. “The soldier was wearing a helmet. But it hit him at an angle.”

Could Yigal’s death have been prevented if the IDF were allowed to open fire on the terrorist? The Almagor terror victim’s organization now demands that the Justice Department and State Attorney’s Office allow opening fire at rock throwers. (This would comply with US ordinances where rocks are declared deadly weapons.)

AFSI mourns the viscous and senseless loss of one of Israel’s finest. With ongoing acts of terrorism against the Jewish State, there can be no realistic expectation for peace.