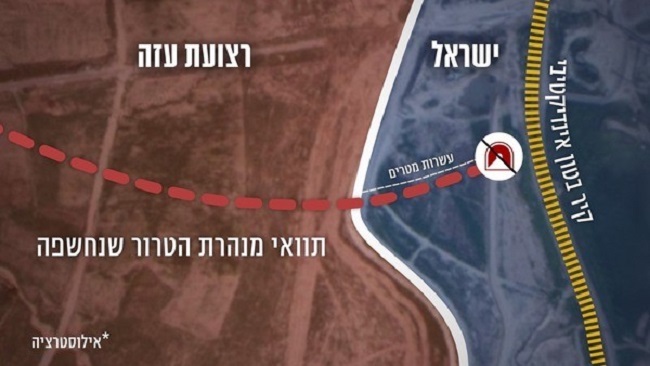 The IDF has identified a terrorist attack tunnel which infiltrated into Israeli territory from the southern Gaza Strip, the military announced Tuesday evening.

An IDF spokesperson said that the tunnel was located and exposed in the Khan Yunis area. The route was located as part of the ongoing effort to locate and neutralize terrorist tunnels. It was found thanks to the technological and collection capabilities of the barrier on the Gaza Strip border. The tunnel did not cross the underground barrier and did not pose a threat to localities in the area yet.

Hours after the announcement, a rocket fired from Gaza was intercepted by Israeli missile defenses. There were no reports of casualties or damage.

On Wednesday, military chief Aviv Kohavi described the tunnel as a “highly significant asset” to terror groups in the Strip. Thank Gd it was found before it became a real threat!