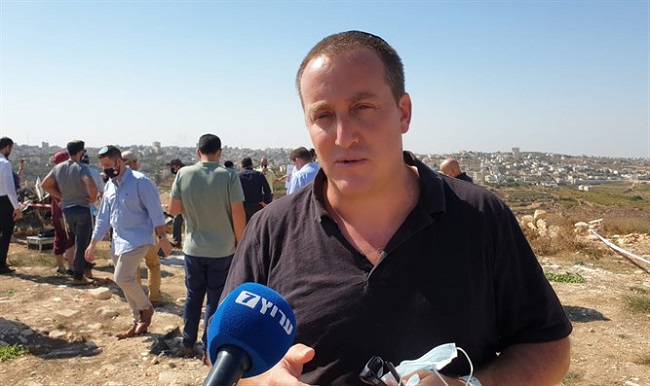 The director general of the Regavim movement, Meir Deutsch, led a a tour of the Eretz Israel lobby of Members of Knesset in Gush Etzion. He addressed the challenge of preserving state lands and expanding Jewish communities.

During an interview with Arutz Sheva, Deutsch described the PA’s methods of usurping large swaths of land in Judea and Samaria, noting that Israeli settlement covers only about one percent of the territory.

In the wake of the government’s recent approval of the construction of thousands of housing units in Judea and Samaria, Deutsch argued that the approach should be changed expanding Jewish communities instead of adding new housing.

“Over the last decade, the government of Israel has not added one inch of land to the already-existing Jewish settlement in Judea and Samaria. We need reassess our focus,” he added.

Special guest, Attorney Marc Zell, Director of “Republicans Overseas – Israel,” greeted the crowd out in the field, and reiterated the policy shift initiated by US President Trump, Vice-President Pence and Secretary of State Pompeo, recognizing the rights of the Jewish People throughout the Land of Israel.