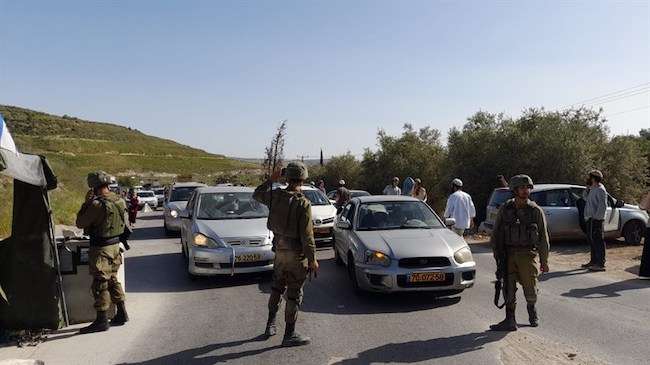 With tensions surrounding the future of Homesh and its yeshiva, IDF soldiers are being impacted by the uncertainty along with what the yeshiva’s administration refers to as the “tightening stranglehold” being enforced on Homesh. This is due to the policies of Defense Minister Benny Gantz.

Three separate instances of refusal of orders have been reported in recent days, all in relation to Homesh and the roadblocks set up around the community, preventing unauthorized persons from accessing the yeshiva in vehicles. Elisha Ben Kimon of Ynet reported on one instance of refusal of orders by an IDF soldier as told to him by an eyewitness. The soldier was sent to a commander’s jeep after refusing orders to check the vehicles of “settlers” and Palestinian Arabs. “This isn’t why I enlisted,” the soldier said in explanation. Following the incident, he was sent for an “explanatory discussion” on the importance of maintaining discipline.

We certainly don’t wish for IDF soldiers to go against military orders but in this case we wonder if the more of them that stand up the greater the statement will be that Gantz’s policies that work against achieving sovereignty in Judea and Samaria need to stop. And, during Israel’s governmental transition period, could it be that IDF soldiers are taking advantage of a weakness they see and using this period to take a stand?