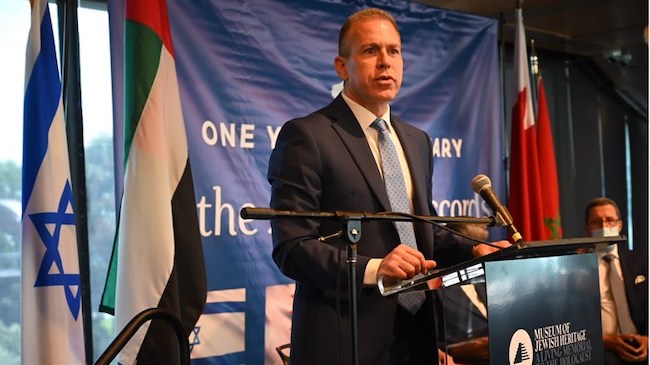 On Friday, Israel’s Ambassador to the United Nations, Gilad Erdan, sent a harsh and scathing letter to the UN Secretary General. The letter followed a glaring distinction in the statistics published by the UN Office for the Coordination of Humanitarian Affairs (OCHA). The UN agency allegedly reports on the victims of the Israeli-Palestinian “conflict” and publishes the number of Palestinian and Israeli casualties, both killed or wounded, from 2008.

In true fashion, as it always does, the UN has its facts wrong. The report distinguishes “settler” casualties from other Israeli losses, an unheard of distinction. This is but another attempt to demonize Israel at all costs.

Source:
Ambassador Erdan to UN chief: Is the murder of ‘settlers’ less serious in your eyes?, by Arutz Sheva Staff, December 6, 2021