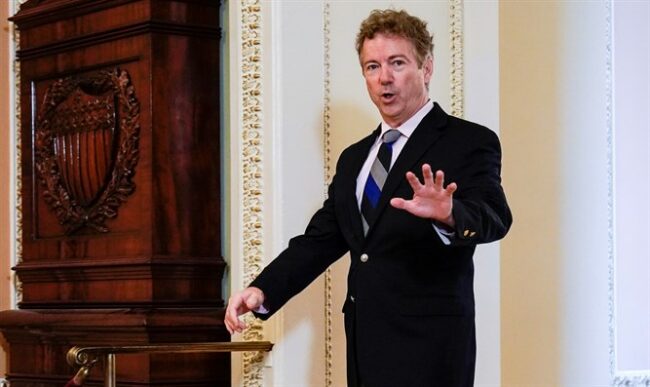 US Senator Rand Paul (R-KY) has objected to swift passage of a bill to replenish Israel’s Iron Dome missile defense system. This is according to five congressional sources who told Politico last Thursday.

The bill, which the House overwhelmingly approved last week by a vote of 420-9, would appropriate $1 billion for the Iron Dome.

A spokeswoman for the Kentucky senator said, “He proposed that we pay for the House bill with money that is going to go to the Taliban.”

Without a secure Israel – the only democratic ally in the Middle East -not only does Israel suffer, but does America as well. Senator Paul should not waste another minute more on holding back Iron Dome funding. he can take up his fight with Congress about funding the Taliban in a different way, we’re sure. America needs Israel as a stabilizing force and influence in the Middle East. Biden’s surrender to the Taliban in Afghanistan highlights just how important Israel is to keeping the tinderbox that is the Middle East in check. Destabilization in the Middle East occurs rapidly, unexpectedly, shockingly and mercilessly. Look how fast the Shah of Iran fell in 1979.

While Senator Paul’s concerns about where the funding for Afghanistan will go are legitimate, we are sorry to see Israel caught in the middle of this argument. It directly affects Israel’s ability to maintain its defense capabilities. Israel’s defense is a priority and we trust Senator Paul and the Congress will come to a decision that is satisfactory to both sides soon.