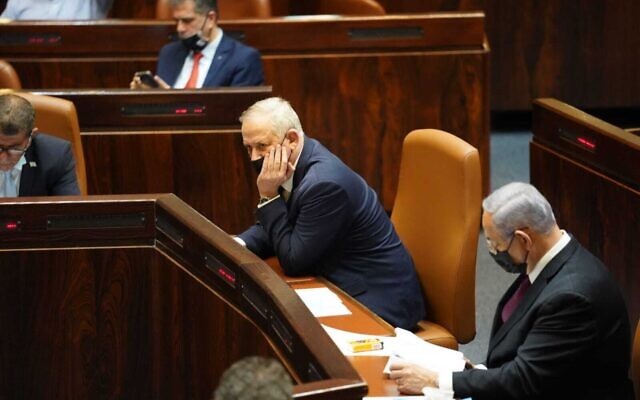 The Knesset on Wednesday passed a bill to dissolve, setting the stage for the fourth round of national elections in two years. Defense Minister Benny Gantz and his Blue and White party broke from the coalition and voted in favor of the measure.

The bill passed with 61 MKs voting in favor and 54 against.

Gantz’s support for the opposition bill will likely spell the end of his ill-fated power-sharing partnership with Prime Minister Benjamin Netanyahu, some six months after agreeing to join a unity government in order to deal with the coronavirus crisis

The measure must still go through committee and pass three more readings in the Knesset before new elections are called, likely for sometime in the spring or summer.

It pains us to think that the Israeli people may have to go through the election process again. We believe this does not bode well for moving the country forward, economically, socially or spiritually. The Israeli people deserve a stable and fully functioning government NOW.