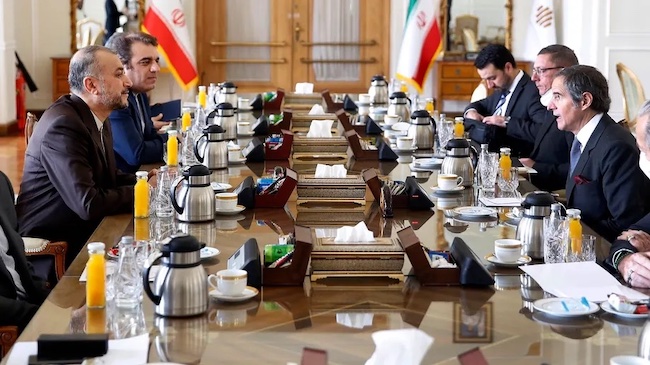 Parties trying to revive the horrendously dangerous Iran nuclear deal scrambled on Wednesday to resolve last-minute Russian demands that threaten to break negotiations, diplomats said. It appears that the United States is unwilling to engage with Russia on the matter.

Western powers on Tuesday warned Russia against wrecking an almost completed deal that would bring the United States and Iran back into compliance with the 2015 accord on terms more favorable to Iran than ever before.

Diplomats now have to contend with the possibility that Russia may try to upend the deal altogether or to use the talks as a bargaining chip to exact concessions from the West on sanctions related to Ukraine.

Russia may also now have no interest in remaining in a revived deal that would benefit the United States and its Western allies but would potentially damage Russian interests by bringing oil prices down, said Karim Sadjadpour, a senior fellow at the Carnegie Endowment for International Peace. Iran would be able to sell its oil on the open market again, which could ease tight global supplies and bring prices down by as much as 10 percent.

Just as international mediators appeared poised to announce a breakthrough, Russia’s invasion of Ukraine is throwing into doubt efforts to revive the nuclear deal with Iran. We cannot condone the devastating invasion initiated by Russia in Ukraine. However, if Russia becomes the reason the current round of Iran deal talks fail, we would celebrate watching these disastrous negotiations fall through. With talks now in their third week, we pray this ticking time bomb diffuses quickly.