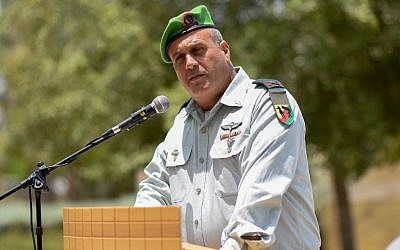 The Commander-in-Chief of the Central Judea Command Yehuda Fuchs has cut down the number of Judea and Samaria residents who are permitted to carry personal weapons, Hakol Hayehudi reported today.

The excuse for the decision that was provided by the IDF was an incident a week ago, when an Arab worker who was alone in a home in Neve Daniel in Gush Etzion, stole an M16 rifle that was stashed there. So, clearly, if the Jews of Judea and Samaria are allowed to carry weapons, those weapons will inevitably end up in Arab hands.

So, instead of preventing Arabs from entering the communities or tightening the supervision of the Arab workers––many who roam unsupervised, the IDF decided that the solution is to collect the weapons from the residents. Some of the Jewish residents who were required to turn in their weapons are reservist battalion commanders and their deputies.

This is a disgrace and leaves Jewish residents in Judea and Samaria vulnerable and unable to defend themselves. It also demonstrates this government’s ongoing appeasement of Arabs at the expense of the Jewish people.