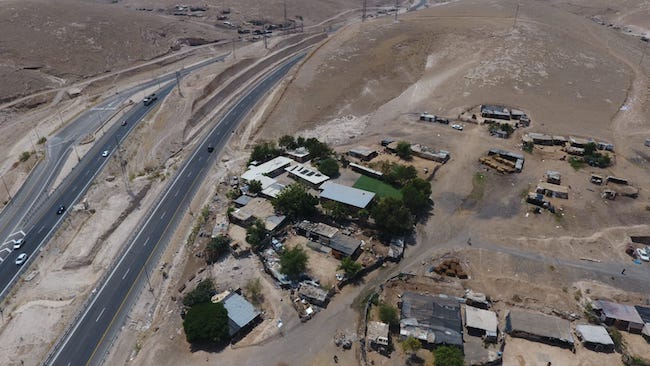 Yesterday, the High Court of Justice approved the government’s request for an additional six month extension of the deadline to present to the court its plan for the evacuation of Khan al Ahmar, an illegal Palestinian Authority/European Union – supported outpost in the Adumim Region. The decision is the most recent stage in the sixth petition filed by the Regavim Movement against what it has called “the Palestinian Authority’s flagship outpost in the systematic takeover of Area C.” In 2009, Regavim filed the first petition against this Bedouin encampment on Route 1, a few short minutes’ drive from Jerusalem, in an attempt to compel the Israeli government to enforce the law and block the PA’s creeping annexation of state land throughout Judea and Samaria.

Responding to the decision, Meir Deutsch, Director General of Regavim, noted: “The chronic ‘after-the-holidays” excuse isn’t a solution – it’s part of the problem. In the case of Khan al Ahmar, procrastination is an attempt to ignore reality and erase hard facts. The state is attempting, for the umpteenth time, to push off its commitment to evacuate Khan al Ahmar – until after the next holiday, Passover. Procrastination won’t change the bottom line: The State of Israel must take action against the ongoing Palestinian takeover of Judea and Samaria. Khan al Ahmar has been, and continues to be, the test case for the larger strategic challenge.”