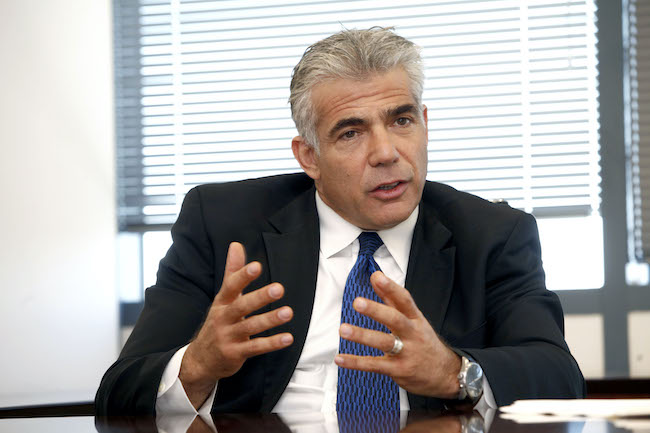 Foreign Minister Yair Lapid presented on Sunday what he called a “new vision” for Israel’s relations with the Gaza Strip. He proposes that Israel “must move toward a multi-year process in Gaza of economy in return for security.” Lapid said that the aim of such a move is “to create stability on both sides of the border. This is not a proposal for negotiations with Hamas. Israel will not award prizes to a terrorist organization and weaken the [Palestinian] Authority (terrorists too) that works with us on a regular basis,” Lapid said. (Does “working with us” mean that Israel lends them money and they take it and continue their “Pay for Slay”)

Shortly after Lapid’s speech at a conference at the Institute for Counter-Terrorism Policy of Reichman University, a rocket was fired by Gaza terrorists toward Israeli communities for the third straight night. Thankfully it was intercepted by the Iron Dome air defense system.

What guarantee does Lapid have that changing Gaza’s current economic reality and employing international investment will bring diplomatic progress toward peace? Has he forgotten that many EU nations consistently fund illegal communities built on legally owned Jewish land? Could involving the international community end up backfiring on Israel? Strict terms to not interfere with Israel’s Sovereignty would be mandatory as we see it. How will his plan stop terrorists from launching rockets or arson balloons at Israeli communities? Until the good people in Gaza can rise up freely and work peacefully with Israel – and the Arab terrorists and haters of Israel are pushed back totally- we don’t see how his plan can accomplish anything.