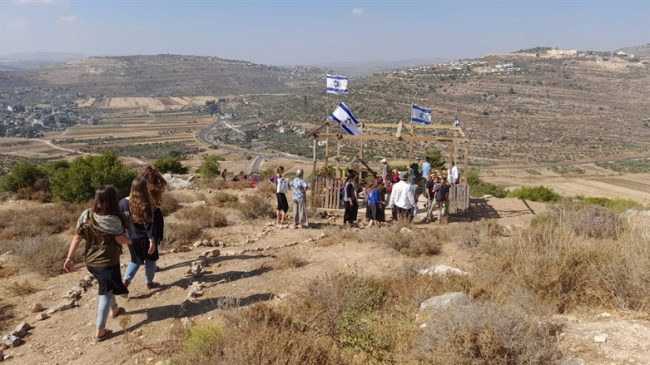 The Nachala Movement moves forward with the launch of its unprecedented effort to establish several new communities. At the same time it has enlisted its followers to participate in the operation set to take place next week.

New communities in Judea and Samaria can only be legally established via a cabinet resolution, and with the authorization of the defense minister. Unauthorized communities established outside of this framework are illegal, hence, what Nachala is doing is considered illegal. While the work of the Nachala Movement is already being attacked, Area C is practically being made permanent for PA Arabs (see previous article).

THE ONLY THING THAT WILL PROTECT AREA C IS THE APPLICATION OF SOVEREIGNTY THROUGHOUT JUDEA AND SAMARIA.