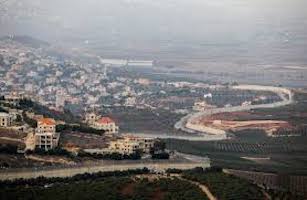 For the first time in 30 years, Israel and Lebanon will hold direct talks on the resolution of their maritime border dispute.

The talks between the two countries, with no diplomatic ties, will be mediated by the US and hosted by the Office of the UN Special Coordinator for Lebanon (UNSCOL).

Formal news of the pending negotiations is viewed as the latest Middle East success for the Trump administration, with regard to Israel’s relations with its neighbors. It comes in the aftermath of two US brokered normalization deals between Israel and the Arab countries of Bahrain and the United Arab Emirates.

“Today’s announcement is a vital step forward that serves the interests of Lebanon and Israel, of the region, and of the United States,” US Secretary of State Mike Pompeo said. “Both countries requested that the United States participate as mediator and facilitator in the maritime discussions,” he added.

Americans For A Safe Israel once again thanks President Trump for his behind the scenes work in achieving another level of “normalization” between Israel and her Arab neighbors. It’s clear to us that the expanding number of Arab and Muslim countries normalizing relations with Israel has also made the idea of negotiating with Israel publicly acceptable. We caution, however, that this is the same country that houses Hezbollah, an organization that is an arm of the terror state of Iran. Appearances to the contrary notwithstanding, Lebanon has a LONG way to go before it can be a trusted negotiating partner, regardless of whether they are willing to engage with Israel.

Source:
First Israeli-Lebanese talks in 30 years to be held on maritime dispute, by Tovah Lazaroff October 1, 2020