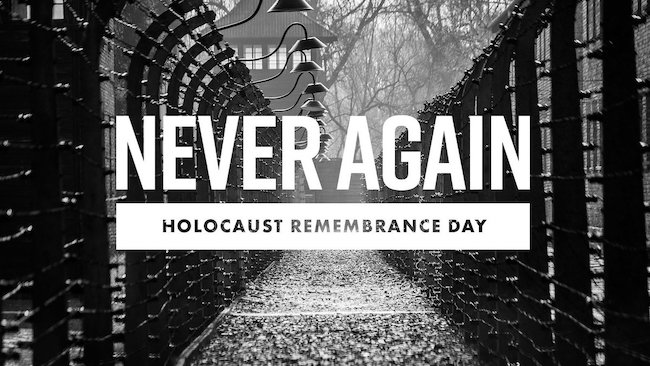 “Never again isn’t a slogan. This is our policy, and this is our mission, and we will always carry it out.”  Statement delivered by Prime Minister Benjamin Netanyahu on International Holocaust Remembrance Day.

Earlier this week, Ambassador Gilad Erdan delivered an address to the United Nations. Erdan expressed his hope that the arrival of new UN council members would “…help rid this council of its old habits and bias against Israel and instead, focus on the real threat to peace and security: the tyrannical regime in Tehran.”

He also pointed out that Iran follows in the footsteps of the Nazi regime, “…there is another genocidal regime epitomizing the very words and actions of the Nazis. Iran does not try to hide its intention of destroying the world’s only Jewish state. Spreading antisemitism, denying the Holocaust and even proposing legislation calling for Israel’s destruction by the year 2041.”

Americans For A Safe Israel will never forget the tragic past of the Jewish people and how hard-fought the battle was to reclaim Israel as the national homeland of the Jewish people. We proudly continue our mission to educate the public on the truth about Israel. “Never again” is part of that truth. It means Jews can live in the Land of Israel, free from the threat of terror attacks and the evil forces who seek to eradicate Israel from the map.