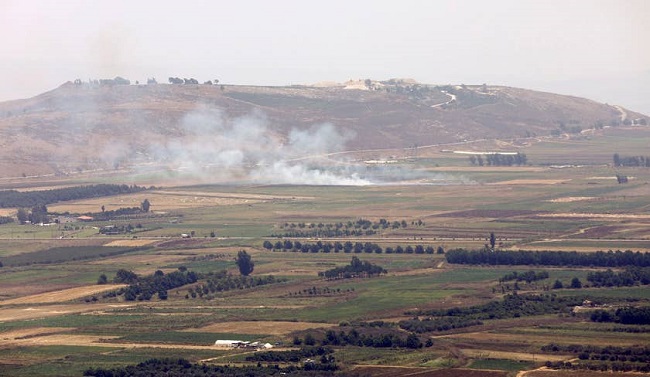 Israeli Air Force (IAF) fighter jets bombed several terror targets in Lebanon on Wednesday night, for the first time in several years, in response to a rocket attack on Israel’s north earlier in the day.

The IDF stated that the attacks hit areas from which the three rockets were fired, and “the infrastructure used for terrorism.” “IDF attacks will continue and even intensify in the face of terrorist attempts against the State of Israel and its citizens,” it stated, placing the onus on the state of Lebanon, which “is responsible for what happens in its territory. The IDF warns of continued attempts to harm Israeli citizens and their sovereignty.”

The military action was Israel’s response to a rocket attack on the upper Galilee in which two rockets exploded in open spaces near the city of Kiryat Shmona, injuring no one, but causing mass blazes that burned throughout the night.

US State Department spokesperson Ned Price stated that the US “absolutely condemns the rocket attacks from armed groups based in Lebanon that were fired into Israel. As the President has said, as Secretary Blinken has said, that Israel has the right to defend itself against such attacks.”

We appreciate the US’s stated support for Israel’s right to defend itself. However, if Hezbolllah, which controls Lebanon, keeps getting “humanitarian” financial aid how can attacks against Israel stop? Biden said to a UN-sponsored donor conference for Lebanon which was led by France, “Today I’m announcing nearly $100 million in new humanitarian assistance. But no amount of outside assistance will ever be enough if Lebanon’s leaders do not commit to do the hard but necessary work of reforming the economy and combating corruption,” he added. Humanitarian assistance to Lebanon equals continued funding of terror attacks against Israel.

Right After Attacking Israel, Biden Vows to Give $100 Million to Hezbollah, by David Sidman/Israel 365 News