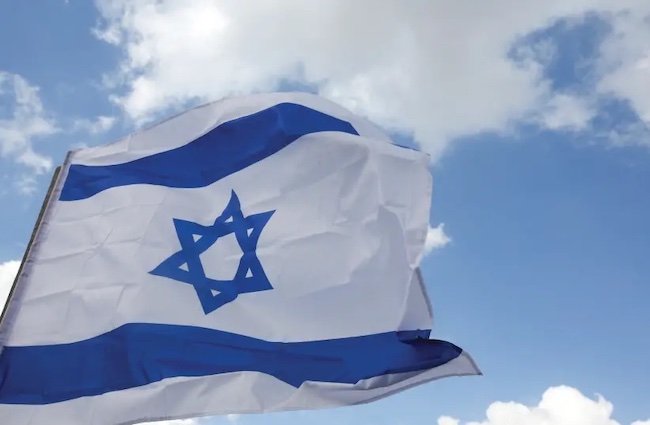 On October 28, 1948, the State of Israel formally adopted the Israeli flag as we know it today to be the nation’s official flag.

The Israeli flag with its two blue stripes and a Star of David in the middle is a variation on the flag that had been used by the World Zionist Organization since 1897.

The blue stripes were inspired by the tallit, used during prayer. It also had the Star of David and the word Maccabee on it. The idea for the design is traditionally believed to have come from David Wolffsohn who came up with the idea during a Zionist meeting with Theodor Herzl in Basel.

Source:
On This Day: The Israeli flag is formally adopted, by Jerusalem Post Staff, October 28, 2021