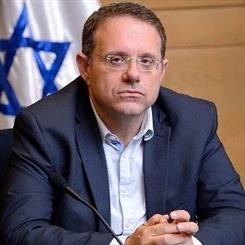 In 2005, a reckless and irresponsible government decision put our Zionist vision to the test.

10,000 people from 28 communities were expelled from their homes.

Today, on the 15th anniversary of the destruction of Gush Katif and four communities in northern Samaria, it is time to correct this historical injustice. We call for the application of Israeli sovereignty in all parts of the Land of Israel.

Americans For A Safe Israel joins Yaakov Hagoel in remembering the senseless destruction of the beautiful Jewish community of Gush Katif. The expulsion from Gush Katif 15 years ago was a tremendous mistake, and even worse, an incomprehensible human tragedy. Never again should any Jewish community in Judea and Samaria be expelled from their land only to be used as a pilot program to test the potential for peace.

Yaakov Hagoel is the Vice Chairman of the World Zionist Organization and Head of the Department for Activities in Israel and Countering Anti-Semitism. Yaakov’s remembrance of the Gush Katif expulsion first appeared on his Facebook page on July 31, 2020.