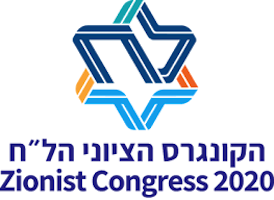 Thanks to your vote earlier this year, Zionist right-wing organizations came in ahead of the left-wing with a very strong showing in the elections. I was pleased to be elected to represent Americans For A Safe Israel and serve as your delegate in the 2020 World Zionist Congress that took place this week.

Seven hundred twenty delegates and observers from over 30 countries participated in the three-day virtual conference. Among the current issues on the world Jewish agenda that were deliberated at the Congress: the battle against antisemitism; the Coronavirus pandemic’s effects on Jewish communities worldwide; preparation for a wave of immigration to Israel as a result of this worldwide crisis; reaching Diaspora youth with good educational materials, development in Judea and Samaria, and more.

On Tuesday, a coalition of Jewish groups including Hadassah and B’nai B’rith International tried to temporarily block a plan by Orthodox and right-wing parties to take over top positions throughout the World Zionist Congress, the Jewish National Fund and other crucial groups that spend $1 billion annually on international Jewish causes.

Several left-wing groups stepped in to delay the vote on the right-wing plan until Thursday to renegotiate how the professional leadership will be selected. Until now, the top positions have been filled in consultation with all constituent bodies, allowing liberal groups a say on spending related to religious pluralism in Israel, minority communities in the country and activity in Judea and Samaria.

Last night, coalition chairman Miki Zohar told The Jerusalem Post that he still intended to try to push through an agreement he reached with right-wing parties and Orthodox groups, despite the opposition of centrist and left-wing parties, non-Orthodox religious streams and Jewish organizations.

The World Zionist Congress was scheduled to conclude this evening in Israel with elections for the leadership positions of the National Institutions – the World Zionist Organization, Keren Kayemeth Le’Israel (Jewish National Fund-JNF), and Keren Hayesod. The official program did finish off with the presentation of awards and a clever concluding film, and closing ceremony, featuring remarks from the incoming slate of officers.

We have word that a final agreement has been hammered out between the parties, however, as of right now, it has not been voted on by the Congress. (See chart below, which is in Hebrew.) One thing appears to be definite: Yaakov Hagoel will be the new Chairman of the World Zionist Organization. Voting to confirm the rest of the agreement is scheduled to start before 6pm EDT.

To all of AFSI’s like-minded Zionist supporters of Israel, you can be assured that our voice is now stronger than ever in support of a Whole, Sovereign, Safe and Strong Israel. 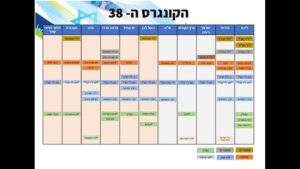