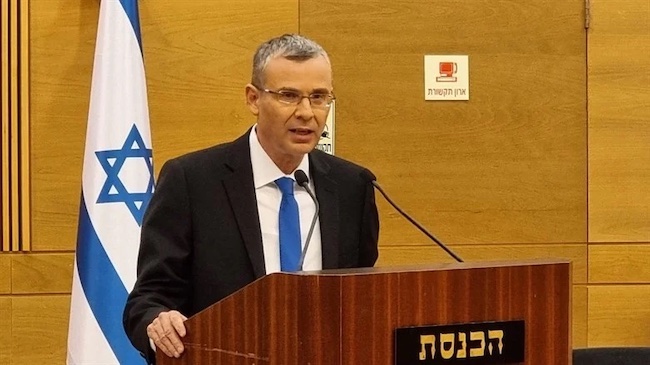 Justice Minister Yariv Levin published for the first time yesterday the draft of his bill to reform Israel’s judicial system.

Among many on the agenda is the goal to change the composition of the committee for the selection of Supreme Court justices. The court’s ability to annul laws enacted by the Knesset will be limited and an Override Clause will be enacted allowing a majority of 61 MKs to repass laws struck down by the Supreme Court.

Levin’s reforms to the judiciary also include promoting legislation to allow the appointment of a Supreme Court president who is not part of the current court.

Israel’s legislative remedy is in motion and we look forward to the the proper role of the Supreme Court be restored and codified. Levin’s critics are outraged and say his push for judicial reforms are the beginning of the end of Israel’s sovereignty. We say it’s the beginning of strengthening Israel’s democracy and paving a path for the road to full sovereignty.