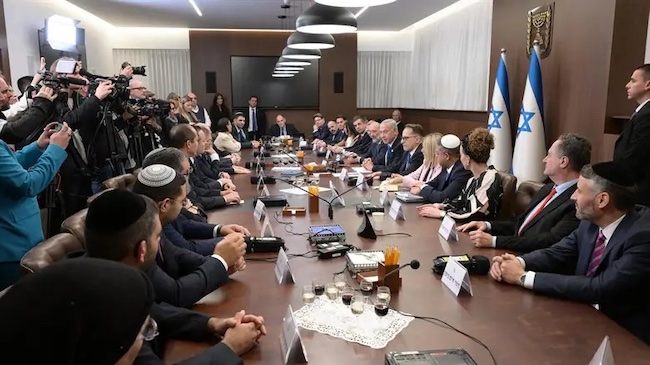 The Young Settlement Forum is launching a new campaign calling on government ministers to speed up regulation of the young communities. This comes on the heels of the new government’s turn around, overnight Tuesday, where most Zionist opposition parties supported the coalition vote to renew Emergency Regulations in Judea and Samaria.

The emergency regulations were created shortly after the Six Day War to regulate the legal situation created as a result of Israel’s control of the “territories” seized in the war.

Unlike the previous government that opposed the 5-year renewal using it as a political football to take down the opposition party, we’re glad to see Benjamin Netanyahu’s administration deliver a swift renewal. However, this emergency regulation should not have to exist to begin with. Jews have a legal right to the Land of Israel and no special set of laws or approvals in Judea and Samaria should be required. The real emergency regulation that must be applied is SOVEREIGNTY NOW!

Young Settlement Forum to Ministers: “Now it’s up to you”, by Israel National News, January 10, 2023