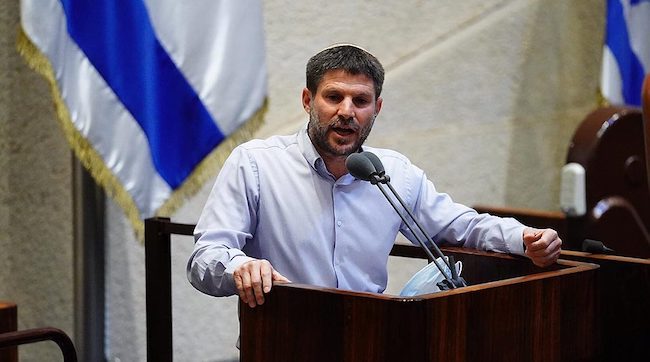 The Knesset Land of Israel lobby presented a bill to apply Israel sovereignty in Judea and Samaria on Monday by lobby leaders MK Haim Katz (Likud) and Bezalel Smotrich (Yamina). They call for Israel to announce Sovereignty in areas of Jewish communities in Judea and Samaria, in accordance with wording that has been approved by the Likud Central Committee.

The bill also seeks to create a mechanism that would protect areas that do not fall under Israeli Sovereignty and prevent a Palestinian or international takeover of any territory in Area C to which the bill does not apply.

The mechanism would act to prevent illegal Palestinian construction in Area C; agricultural crime; and international infrastructure and activity in Area C that is not approved by the Israeli government. In addition, it will promote the regulation of land ownership, including in the parts of Area C that lie outside the Sovereignty map, and protect government-owned land through grazing, farming, or forestation.