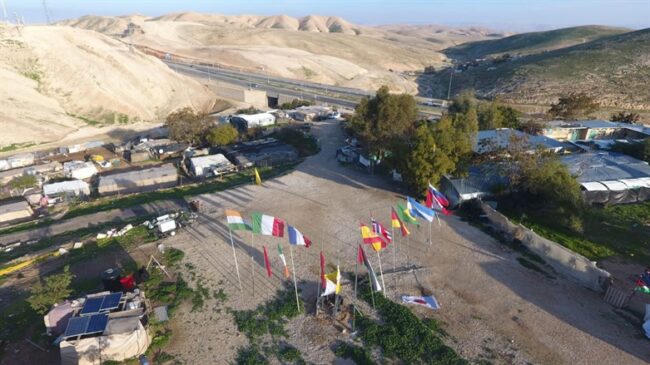 A report on Tuesday that Israel’s government decided to move the illegal Bedouin outpost of Khan al-Ahmar to a new location nearby has come as a surprise to the people who live there. Locals there told Tazpit Press Service exclusively that residents had yet to be informed.

Regavim CEO Meir Deutsch stated that he reiterates that he considers this another surrender by the Israeli government. “The area in question, the Mishor Adumim area, is the most strategic, lying between Jerusalem and the Jordan Valley Jericho and Ramallah. That’s why the place gets so much attention from the PA and the EU.”

At this point all we can say is what a failure Prime Minister Naftali Bennett is. He must assert Israel’s legal ownership over the land. To know that he would even consider potentially surrendering a piece of Israel that is strategic to its defense and existence as a whole country (Yisrael Shlayma) is unthinkable.