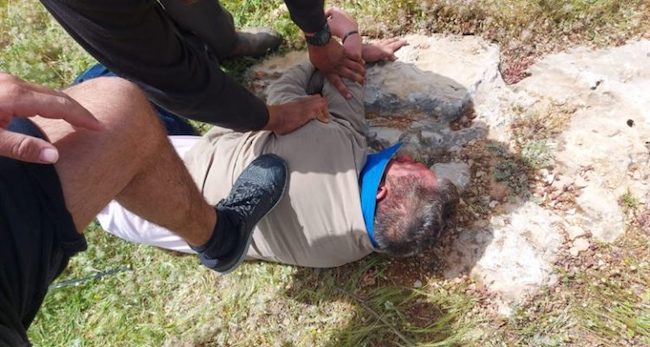 This afternoon a Palestinian man broke into the Ramat Migron community in the Binyamin region of Samaria, and violently attacked a Jewish resident until a bystander managed to subdue him.

A Jewish member of the community noticed unfamiliar Arab man lingering near a residence where a woman and child were home alone. After being asked repeatedly to identify himself, the Arab jumped on the Jew, punching him repeatedly. He wrestled the Jewish man to the ground and then began to “strangle” him. Fortunately a bystander intervened and helped the victim subdue the attacker. The two Jewish men kept the attacker on the ground until security forces arrived and arrested him.

“This is an incident that could easily have ended in injury to a woman and children who are now at home during the Passover holiday,” attorney Haim Bleicher, who serves in the NGO Honenu’s Department of Victims of Terrorism, said in a statement.

This attack comes after a wave of deadly Arab terror attacks in Israel during the last week of March. As Ramadan observance approaches it is critical for the IDF, COGAT and other police and intelligence units to increase security to Jewish communities throughout the country.