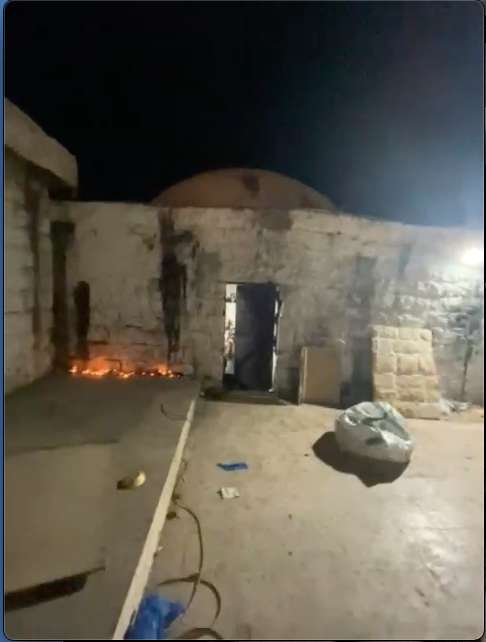 For years there have been specially guarded trips one night a month for Jews to pray at Joseph’s Tomb. It was understood that Jews who otherwise are prohibited to enter Shechem/Nablus could come in in a group on that one night to pray at the tomb of this central figure of Jewish history and faith.

Last night during one of these trips, Shomron brigade commander Colonel Roi Zweig and two civilians were slightly injured by terrorist gunfire that was directed at the compound of the tomb. Hundreds of Jewish worshipers were there to mark the yahrzeit of Joseph, the son of Jacob on the start of the month of Tammuz. Col. Zweig was reportedly hit by shrapnel in his stomach and was evacuated by military helicopter to Beilinson Hospital in Petah Tikva. The other two injured were evacuated by ambulance.

Samaria Council Head Yossi Dagan, who was at the site during the shooting, reported: “Col. Zweig refused treatment for his injury before he safely evacuated all worshipers. We will not give up our hold on Joseph’s tomb and will continue to reach it. We strengthen IDF soldiers and will defeat the barbaric terrorism of the Palestinian Authority.”