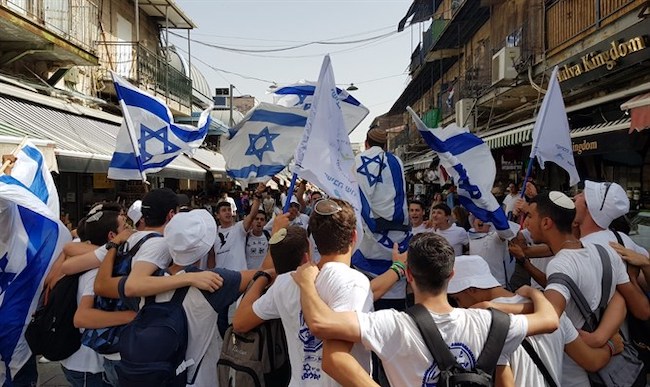 Israel’s new government will be faced with one of its first challenges on Monday ahead of Tuesday’s “Day of rage,” announced by the Palestinian factions.

The “Day of Rage” was declared for Judea and Samaria, Eastern Jerusalem and the mixed Jewish and Arab cities inside Israel.

Hamas and Palestinian President Mahmoud Abbas’s Fatah faction warned of an escalation of violence if the right-wing flag march that received police permission would pass through the Muslim quarter of Old City of Jerusalem, the Lebanese Al Akhbar daily newspaper reported Monday.

Israel security forces, including the IDF, are on alert. Will this become the new norm in Israel every time Israel holds an event that is their lawful right to do so? We hope not.