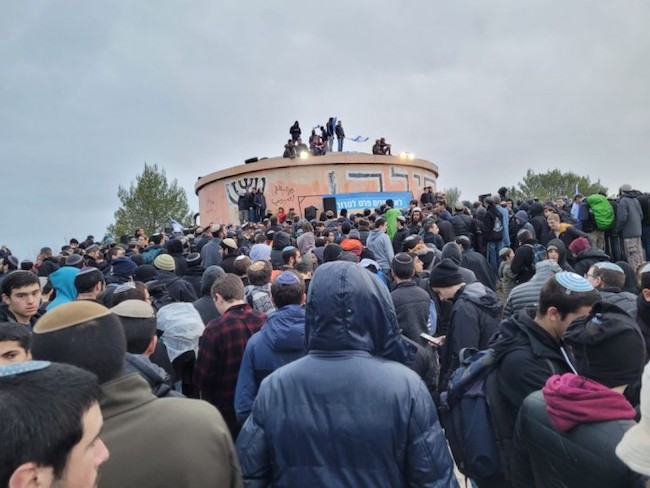 Thousands of Israelis from all over the country arrived on Thursday at the community of Homesh in Samaria after the end of the Shiva mourning week for terror victim Yehuda Dimentman.

Led by the Dimentman family and his widow Etya, they marched from Shavei Shomron towards Yeshivat Homesh. A memorial service was held in Yehuda’s memory at the site of the attack together with rabbis, public figures, and Knesset Members.

The march comes amid rumors that the government plans to destroy the yeshiva and ban all Israeli entry to the area. The continued demolition of Jewish homes on Jewish owned land, especially following the murder of a Jew, is disgraceful and illustrates the lack of sensitivities and concern for the Jewish people. Prime Minister Naftali Bennett is not working to strengthen building the Land, protecting Jews or maintaining sovereignty. Between this and the ongoing land grabs in Area C, it is clear that terrorism under Bennett’s government is fully rewarded.

View the march HERE – despite the pouring rain, thousands came out strong for Yehuda’s memory and saving Homesh. May they all go from strength to strength!

Note to our readers: AFSI has been in touch with the Yeshiva in Homesh and in January 2022 we will have information on how you can help them. Stay tuned.