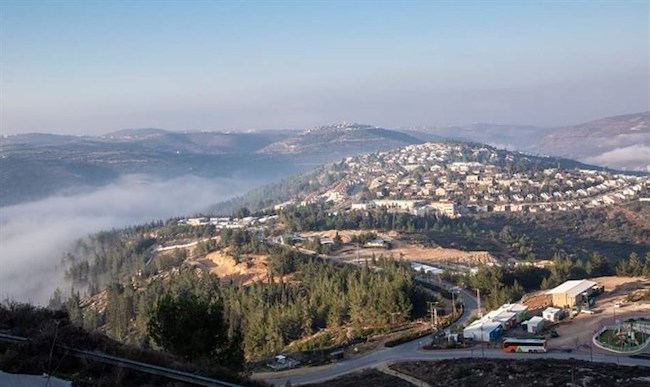 The state informed the High Court of justice earlier this week that it intends to evacuate two homes in the Eli community in Samaria, where four families live. The announcement is stirring up a storm in the Knesset among the right-wing parties, especially since Eli is a legal town and not an “illegal outpost.”

The state made this commitment as part of its response to a petition by Arab residents of the villages in the area, which was filed in 2011 against about 20 Jewish homeowners. The Blue Line team of the Civil Administration, which more than ten years ago conducted a survey of lands that may be settled in Eli, determined that two homes in the Neot Ilan neighborhood are not within the boundaries of declared state lands. As a result, they also remained outside the locality’s master plan.

Four Jewish families in two homes will be asked to leave some time in 2024. The state representatives who responded to the High Court petition were not sent there by Prime Minister Naftali Bennett, but by the Attorney General’s office.

The heads of the Eretz Israel lobby in the Knesset, MKs Orit Struck (Religious Zionism) and Yoav Kish (Likud) issued a response, saying: “The government of 10 degrees to the right this week informed the High Court of its consent to the destruction of the homes of four families in Eli. Instead of preventing the demolition of Jewish homes in Judea and Samaria, this government is busy settling the illegal construction in the Bedouin sector. It represents the complete failure of this government, which freezes construction, violates all its promises of regulating settlements, and now also demolishes Jewish homes.”

Two may be a small number but when it comes to evacuating Jews from their rightful land, this is two too many. It’s mind boggling that the law in Judea and Samaria is still based on the Ottoman land law of 1858. Without Sovereignty applied across Judea and Samaria Jews remain under constant threat of losing their homes. PM Bennett came up with a creative solution to the Evyatar evacuation, and while it’s not what we would have liked to see, Evyatar residents are happy with it. Will Bennett make good on his word to avoid demolishing Jewish homes? We hope so.

Source:
The Next Big Storm: Israel Commits to Demolishing 2 Homes in Jewish Settlement in 3 Years, by David Israel/Jewish Press, July 28, 2021