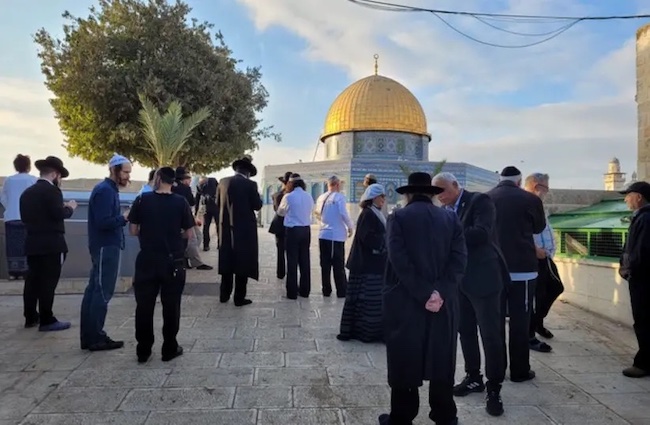 The United Nations General Assembly approved a resolution 129-11 on Wednesday, that disavowed Jewish ties to the Temple Mount and called it solely by its Muslim name of al-Haram al-Sharif.

The text, referred to as the “Jerusalem resolution,” is part of a push by the Palestinian Authority and the Arab states across the UN system to rebrand Judaism’s most holy site as an exclusively Islamic one.

The United States, which opposed the text, said that the omission of inclusive terminology for the site sacred to three faiths was of “real and serious concern.”

The second UN resolution failed to condemn the recent murder of Eli Kay. The third called on Israel to withdraw from the Golan Heights.

Israel’s Ambassador to the United Nations Gilad Erdan addressed the General Assembly on Wednesday. He noted that “one of the most absurd demands in these resolutions is the call to maintain the status quo in Jerusalem, when in essence, the resolution does the exact opposite. By referring to the holiest site in Judaism, the Temple Mount, only by its Muslim name, the resolution itself is changing the status quo! A resolution about Jerusalem that does not refer to its ancient Jewish roots is not an ignorant mistake, but an attempt to distort and rewrite history! So let me be clear – whether it’s through terror attacks against Jews at our holy sites or biased UN resolutions that are completely detached from reality, the eternal bond between the Jewish people and Jerusalem – our capital – will never be erased,” he concluded.

AFSI thanks the United States and other nations who voted ‘no” to these anti-Semitic resolutions. See the the chart on how countries voted below. 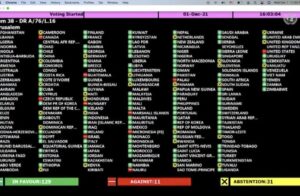