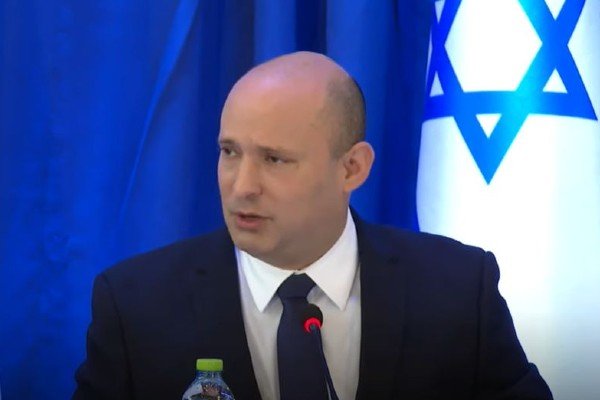 Yesterday in the Knesset, a bill to expel terrorist’s families from Israel was voted down 57-45. Reportedly, the prime minister was amongst those who voted against. Is this the same man who in 2013 said, “If you catch terrorists you simply have to kill them”? Yediot Aharonot and the Jerusalem Post reported the story that way at the time. The Bennett of the Yamina party of yesteryear has evaporated.

In his place we find a prime Minister who bows to US pressure. His government’s state planning committee has delayed plans for building Jewish housing in Atarot that had been previously approved by the Jerusalem municipality. (Atarot is in Eastern Jerusalem which is, since 1967, included in the Jerusalem municipality.) This is a direct result of US Secretary of State Blinken’s urging Israel (and “Palestine”) to refrain from taking unilateral steps. Mr. Blinken is reported saying that “advancing settlement activity could undercut any efforts to negotiate a two-state solution.” Every sane Israeli knows that a two state solution is out of the question and wholly unworkable, Bennett used to know it, so why allow policy to be dictated based on that fiction?

Today, the Knesset passed a first reading of a bill that would allow internet censorship of private citizens. True, it is aimed at criminal activity and violence but also encompasses content that “endangers mental health.” What this endangerment consists of is open to interpretation and could infringe on free speech, the hallmark of a democratic society. The religious right is concerned about this. Again, Bennett and his government bow to pressure, this time from the Israeli left.

Is holding on to political power worth compromising your own principles and Israel’s best interest? We are alarmed by the about face Prime Minister Bennett continues to take by appeasing the PA, the US and the Israeli left. This is especially true after his election promises stated the opposite. Bennett clearly cannot be trusted and is a threat to Israel’s safety, survival and sovereignty.