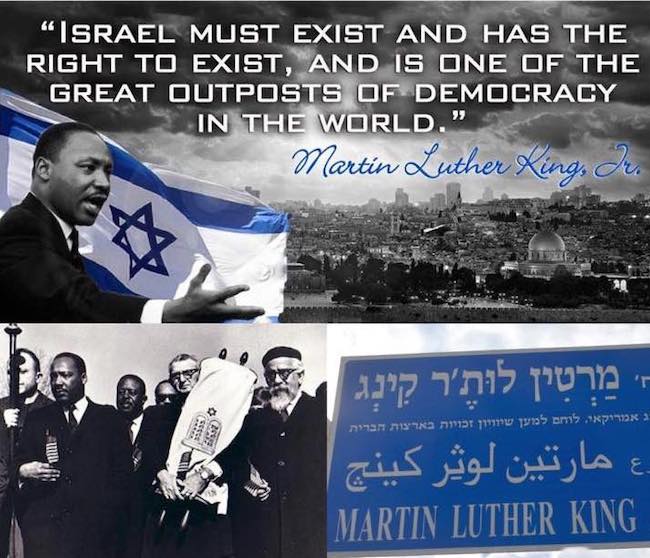 Dr. Reverend Martin Luther King, Jr. was an American clergyman, activist and prominent leader in the American Civil Rights Movement in the 1960’s. He was also an outspoken advocate on behalf of Israel’s security and against anti- Semitism, especially among the Africa-American community. Dr. King famously once told an audience of Jewish listeners at the popular Long Island vacation spot Fire Island, there is virtually no anti-Semitism within the Negro community.

Speaking at the annual convention of the Rabbinical Assembly in 1968, Dr. King said:
The response of some of the so-called young militants does not represent the position of the vast majority of Negroes. There are some who are color-consumed and they see a kind of mystique in blackness or in being colored, and anything non-colored is condemned. We do not follow that course … Peace for Israel means security, and we must stand with all our might to protect her right to exist, its territorial integrity and the right to use whatever sea lanes it needs. Israel is one of the great outposts of democracy in the world, and a marvelous example of what can be done, how desert land can be transformed into an oasis of brotherhood and democracy. Peace for Israel means security, and that security must be a reality.