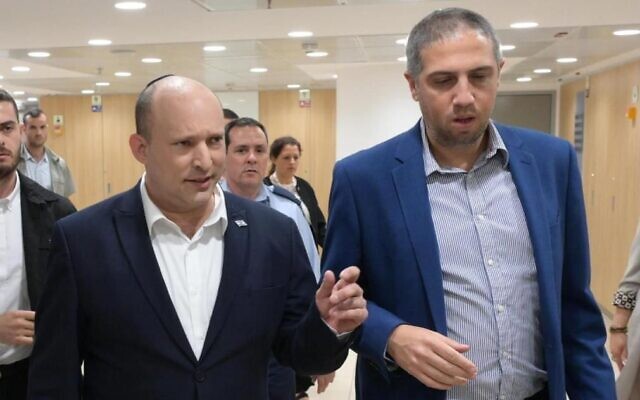 News from Israel over the last few days leaves us to wonder if Prime Minister Naftali Bennett’s government will actually survive or eventually collapse altogether.

Tal Gan-Zvi, Prime Minister Naftali Bennett’s chief of staff, will be stepping down soon. HIs request comes less than two weeks after another top adviser, Shimrit Meir, announced she would leave June 1. Gan-Zvi’s resignation is seen as a further sign of instability in the government.

Meretz Knesset Member Ghaida Rinawi-Zoabi has reversed course three days after her announcement that she was resigning from the government coalition. This brings the coalition back up to 60 seats in the Knesset and removes the threat of snap elections. With that said, we fear we will see Bennett continue his appeasement of Arabs more while continuing to ignore Israel’s defense and sovereignty.

On Sunday a court ruled that Jews do not commit a crime when they say Shema Yisrael and bow on the Temple Mount. Honenu, who petitioned the court on behalf of the three minors involved in this case, hailed the ruling as a victory in support of Jewish prayer on the Temple Mount. Attorney Nati Rom said he welcomed the court’s “clear statement” in support of Jewish prayer, noting that it was time that the police stopped their “racist treatment” of Jews who wanted to execute their right to freedom of worship at The Temple Mount. (Just today, two Jewish men were barred from praying at the Temple Mount. One was detained by police for bowing down there, a day after the court approved this activity.)

Bennett’s representatives announced the state would challenge the Temple Mount decision. This effectively does away with whatever remains of Bennett’s credibility with his national-religious voters. Could this be the final straw that brings down his coalition?

Sources:
Bennett’s chief of staff quits, in latest sign of discord in PM’s office, by Lazar Berman and Carrie Keller-Lynn/Times of Israel, May 23, 2022

Bennett’s Chief of Staff’s Resignation Marks Next Phase in Government’s Collapse, by David Israel/Jewish Press, May 23, 2022

Two Jews prevented from praying on Temple Mount, a day after court ruling, by TOI Staff, May 23, 2022