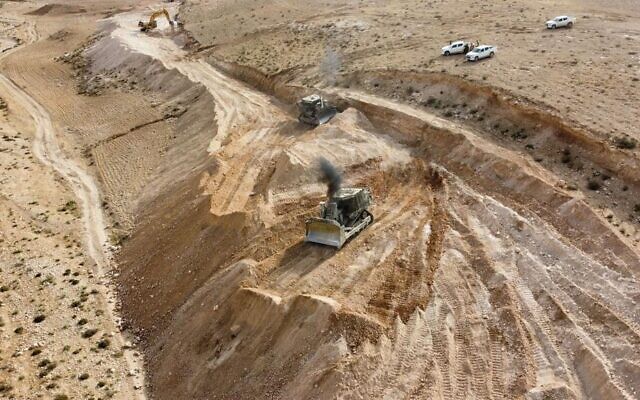 The Israel Defense Forces has launched a major engineering operation to strengthen defenses along the border with Judea and Samaria. This development comes after several terror attacks earlier this year were committed by Palestinian Arabs who easily managed to cross the security fence.

The IDF says 60 engineering vehicles and three battalions led by the commander of the military’s Combat Engineering Corp, Brig. Gen. Ido Mizrahi, are working to build a barrier in the Judean Desert area, specifically a deep trench over dozens of kilometers. The goal is to prevent the passage of anyone who seeks to commit terror attacks and other criminal activity against Israel and her citizens.

In April we reported that the security fence, riddled with gaping holes, was breached and a terrorist attack was carried out in Bnei Brak where five people were killed. This carnage took place despite officials having been warned numerous times about the security problem. Israel is now seeing the writing on the wall and so long as it seeks to continue on the defense, it must continue to take action so it does not overlook other areas where there are cracks in security.