Who was born in Palestine? Remember, Israel was Palestine before the state was declared Israel in 1948.
Some people say that Arabs are “native Palestinians,” while Jews are “invaders” and “settlers.” But reading the biographies of Israeli and Palestinian political leaders, it is clear who are the natives and who are the invaders.

AFSI likes the reporting of David Bedein, MSW, who has devoted 30 years of research into examining UNRWA policies.

In today’s Arutz Sheva OpEd, Bedein writes that if UNRWA loses roughly $369 million in funding from the US it doesn’t guarantee UNRWA will collapse.

Bedein reports that the Saudis are third in line with the highest amount of funding and when figures for 2017 are released, the numbers may show the Saudis coming in as the number one funder, which could replace the US budget altogether.

An opportunity for the 68 UNRWA’s donor nations to work together and adopt an “UNRWA Reform Initiative,” with reasonable demands is needed. Read more HERE

Havat Gilad was created on private land owned by Moshe Zar in 2002, in response to the murder of Gilad Zar by Arab terrorists in 2001. Labeled an “unauthorized outpost” by the Israeli government, it has existed all these years struggling to buy water and electricity, since the government would not supply these humanitarian needs. We are aware that if these basic requirements were denied to Arabs in Gaza, the world would be up in arms, but somehow Jews in the Jewish state could be treated this way.

Now that Rabbi Raziel Shevach, a 35 year old father of six and mainstay of the community has been murdered by Arab terrorists, the government is ready to supply electricity. We hope they will also remember the water.

Artuz Sheva reports today that Prime Minister Binyamin Netanyahu has ordered that the community of Havat Gilad in Samaria be connected to Israel’s national electricity grid immediately, days after Rabbi Raziel Shevach, z’l, was gunned down by Arab terrorists just a few hundred yards away from his home.

While we can appreciate this important development for the residents of Havat Gilad, we simply CANNOT accept why it took so long for electricity to be connected. Moreover, we are angered by the fact that a death prompted action to be taken.

Remember – Donations to the Shevach family are sorely needed. AFSI members and friends can send checks to AFSI, 1751 Second Avenue, New York, NY 10128. Checks should be made out to AFSI, but EARMARKED for the SHEVACH FAMILY.

AFSI’s Co-Executive Director, Helen Freedman, will be leaving for Israel on Sunday, bringing with her duffel bags filled with clothing and toys for the six fatherless children, all donated by an anonymous donor. She will be offering condolences to the family from the entire AFSI family, as well as giving them funds that have already been raised for them.

We don’t want to comment on the nonsense of the Steve Bannon, Michael Wolff book except to say that Steve Bannon is falling all over himself now, apologizing to President Trump and his family for his falsehoods. Unfortunately, as with all “corrections”, they get ignored, while the first impression remains. The book is selling out to those who delight in denouncing the President. We, who so appreciate his positive moves towards Israel, Iran, and the entire Middle East, as well as his coping with Russia, North Korea, and the United Arab Nations, have no intention of spending one dime on the book, nor would we read it if it were given to us. We also appreciate what President Trump has done with the economy, health care, immigration, fossil fuels, and on and on. May he continue to defy his critics with good deeds. May he go from strength to strength.

Once again Stephen Flatow writes a factually correct, sensible, important article. In agreeing with Ambassador David Friedman’s request to the State Department to stop referring to Israel as an “occupier” in Judea and Samaria. It is sad that our pro-Arab State Department continues to deny history, international law, the Bible, and just plain facts on the ground. As Flatow points out, 98% of the Palestinian Arabs (we don’t use the word ‘Palestinians” since this is a fabricated word, and there is no ‘Palestine’, but for reasons of being understood, we use PA), live in 40% of the area in Judea and Samaria where they have had total control over the past 22 years. The huge Arab cities of Jenin, Nablus (Shechem), and Ramallah are totally self-governing. The Jewish communities built in biblical Judea and Samaria are centers of study, growth, healthy living, positive productivity, where Jews proudly proliferate as they reclaim their heritage. They are not “occupiers.”

Flatow speaks about the true “occupiers” – Mahmoud Abbas, who refused to hold elections in 2009 when his term expired, and continues with his terrorist grip on the PA. In Gaza, “Hamas is now beginning its second decade of illegally occupying Gaza,” but one never hears the term “occupation” referring to that terrorist entity.

Thanks to Ambassador Friedman for giving the world a reality check, and thanks to The Jewish Press for always being there to print such critically important articles as this one. AMBASSADOR FRIEDMAN IS RIGHT: THERE IS NO ISRAELI ‘OCCUPATION.’

Who is responsible for the recent protests taking place in Iran?

Will the Iranians fighting for justice, freedom and civil liberties prevail?

In a thought provoking, in-depth essay on this subject, read the OpEd in today’s Arutz Sheva. Dr. Mordechai Kedar elaborates on:

“As head of the Entry into Israel Law, I made it clear that I will use my authority to prevent the entry of members of organizations and individuals whose sole purpose is to harm the State of Israel and its security. These people take advantage of the law and our hospitality to act against Israel and slander the Land. I will work against this in every way.”
Interior Minister Aryeh Deri.

And IM Deri has made good on his word.

Today’s Arutz Sheva reports that the Israeli government has compiled a list of anti-Israel organizations backing the Boycott, Divestment, and Sanctions (BDS) movement whose activists will not be allowed to enter Israel. The names of the boycott organizations will be transferred to the Immigration and Population Authority in the Ministry of the Interior for the purpose of preventing entry into Israel. 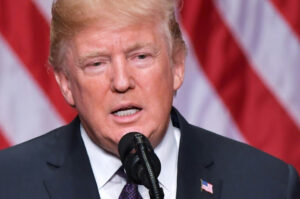 AFI’S Chairman Mark Langfan’s most recent publication is in yesterday’s Arutz Sheva. Mark writes about Russian President Valdimir Putin who he says has put all his eggs in one basket in the Middle East and which is now crashing down.

Given the financial and geopolitical situation, Putin may have thought that in betting on Iran he had the strong horse. Recent events make it appear he had the wrong horse.

Due to the overwhelming demand in Jerusalem for the 70th Anniversary we have not yet completed calculating our costs. Final cost to be announced but is expected to be in line with previous missions. To secure your spot please make a down payment of at least $500 by January 11, 2018.

Act NOW so that we can guarantee your reservation!